Loukman Ali’s “The Girl in The Yellow Jumper” first Ugandan film on Netflix. What can Ugandan filmmakers learn? 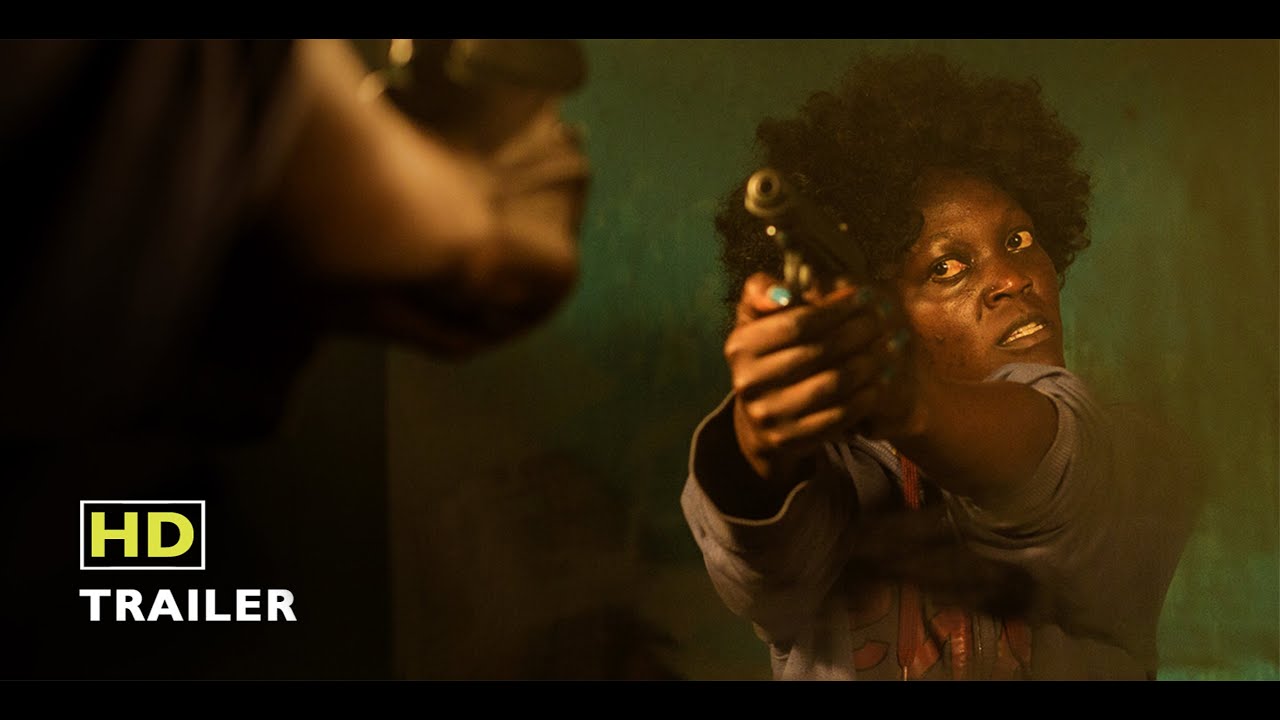 “Make good art and people will eventually sit up and take notice,” film director Loukman Ali told me in a recent interview, “Improve your craft to the point where it cannot be ignored.” Well, his hard work, tenacity and self-belief are finally paying off.

Uganda’s film fraternity is still on cloud nine after Ali’s thriller The Girl In The Yellow Jumper made it to Netflix, becoming the first Ugandan movie to do so. For those who have followed the trajectory of his artistic career, the mainstream and international recognition has been a long time coming.

The 31-year-old cinematographer set himself apart, letting his art do the talking. Ali chose the long gritty road of painstakingly working each frame of his masterpieces, in contrast to the prevailing Nollywood model of throwing it all out there and seeing what sticks – churning out a movie every two weeks and flooding audiences with tacky tropes.

He leaves nothing to chance, obsessively working on each intricate detail, from coming up with unique ideas, writing the script, casting, building the set, setting up proper lighting for each scene, directing the acting, editing, colour grading, sequencing… The result is something not seen before in Uganda.

Ali’s films all too often elicit responses along the lines of “Wow, I cannot believe this was made by a Ugandan,” an inadvertently backhanded compliment. The general sentiment among urban film fans is, “Ali came to save us from Who Killed Captain Alex,” referencing the eclectic action-packed caricature that has defined Wakaliwood, Uganda’s most famous cinematic export.

And to think this gem of a movie almost did not happen. The Girl In The Yellow Jumper was supposed to premiere in April last year, two weeks after 007’s climactic No Time To Die. Ugandan movie lovers were perched on the edge of their seats, waiting to see whether Ali’s thriller would outshine James Bond at Uganda’s box office. Then coronavirus struck, a blow whose shockwaves reverberated around the world, casting an apocalyptic cloud over every sphere and almost burying the movie prematurely.

Loukman was at his wit’s end. He considered releasing the film to YouTube, but one of the producers objected, apparently causing a bitter falling out. And it was just as well, because the film is now headed to the leading global streaming platform Netflix.

Coronavirus, however, was not even the start of the film’s woes. Ali says shooting the movie was the worst time of his life.

“We had every single problem that you can have on a film set,” Ali says. “Shooting in Uganda is not easy, every single location we go to, they chase us away.”

He was strapped for cash while making the movie. “There were times the actors went without food because we had used up all the money,” Ali says, “We stopped filming for more than a year as we scraped together resources.”

The length of time between shooting scenes introduced new problems, continuity was a challenge.

“The actors would return after months having changed, having gained weight, grown hair or a beard where there was only stubble in the previous scene,” Ali says.

He had to find creative ways of patching these up during editing or weaving them into the storyline in order to make the movie flow. In the midst of these struggles, Ali could never have imagined the prominence his hard work and obsessive attention to detail would bring him.

Musicians are by nature entertainers, which makes the transition onto the big screen seamless for the most talented of the lot. The list of singers who have achieved astronomical success on the big screen, lending their storytelling talent to big blockbusters, is endless. From rappers Ludacris, Tupac Shakur and Ice Cube, to soulful songstresses Beyoncé, Whitney Houston and Rihanna, all have won numerous accolades in both music and film industries.

It is hard to imagine Will Smith started out as a Grammy winning rapper in the 1980s. For some reason however, crossover success into cinematography has eluded most Ugandan artistes. Ugandan Soul sensation Maurice Kirya is breaking that mould in a bold way. He has featured in acclaimed Hollywood films such as The Last King Of Scotland and Queen Of Katwe. But it is in The Girl In The Yellow Jumper that his star shines brightest and his remarkable talent comes to the fore. He strikes a presence, behind his ample moustache, putting up a remarkable performance throughout.

Maurice Kirya has featured in acclaimed Hollywood films like Queen of Katwe, but his star shines brightest in The Girl In The Yellow Jumper

Wawuyo Sr stars in the Netflix movie, alongside his son, Wawuyo Jr

Ali says working with Kirya was a lot easier than one would imagine. “People do not become that successful by being undisciplined,” he says. “Even when I am working with a dollar millionaire, the actors understand and appreciate the role of a director and remain humble on set,” Ali says. “I tell him ‘please do that again’, and they say ‘Okay Sir’, without hesitation.”

For Kirya’s costar Michael Wawuyo Jr, ‘acting runs in the blood’, as Ugandans would colloquially say. His father is a veteran actor best known for his work in Last King of Scotland and Kony Order From Above. Dark, brooding and intense, Wawuyo Jr usually plays the troubled villain you root for in Ali’s films such as The Blind Date and Sixteen Rounds. In The Girl In The Yellow Jumper, the father and son duo of Wawuyo Sr and Jr bring the graphic storyline to life with their spectacular talent.

Multi-award winning actresses Gladys Oyenbot and Rehema Nanfuka complete the main cast. With a long list of local and international films under their belts, including Queen of Katwe and Yat Madit, their pedigree has been refined over time. The actresses team up with Wawuyo Jr once again, having worked with him in Yat Madit, a performance for which Nanfuka won Best Actress at the Uganda Film Festival.

With Philip Luswata playing Professor Mahmood Sali and Cleopatra playing a radio presenter, the film is not lacking for talent even in the minor roles. Working with such a talented cast made work easier for Ali.

“Professional, the actors were so professional,” Ali says, “They understand the bigger picture, they understand exactly what you want, they give you so many options. They do not hesitate to do retakes, they know exactly what to do and they are really good at it,” he adds. “These veteran actors understand the process of filmmaking; they understand how editing works so when you are filming them they know not to sabotage your edit by doing things that may end up not working for you later on,” Ali says. Hollywood heavyweights Ntare Mwine, as well Morocco Omari (best known for his roles in Empire, Prison Break, 24 and – for those old enough to remember – the popular sitcom Malcom and Eddy) were involved in the production of The Girl In The Yellow Jumper.

Plot
A man is watching television when he is dragged and taken hostage. He manages to escape and returns home with the most unbelievable story to tell. That is the basic storyline of The Girl In The Yellow Jumper, not much else is given away.

Loukman Ali: There were times the actors went without food because we had used up all the money. We stopped filming for more than a year as we scraped together resources. The actors would return after months having changed, having gained weight, grown hair or a beard where there was only stubble in the previous scene

How can a Ugandan filmmaker get their content onto Netflix?

Netflix is headquartered in the San Francisco Bay area, with major global centres in Los Angeles, Paris, London and Berlin. It operates in almost 200 territories, including all of Africa. (China, Syria and Crimea are the only exceptions.) The company is increasingly under pressure from politicians and regulators to buy content that is locally produced.

Breaking into Netflix usually requires the right connections with a team of well-heeled entertainment executives, producers, agencies, distributors, attorneys, A-list celebrities and licensed literary agents with existing connections to Netflix. Netflix states on their website that they do not accept unsolicited submissions. The good news for young Ugandan filmmakers is that Netflix is trying to make inroads into Africa, a market currently dominated by Multichoice. Though initially paying greater attention to Nigeria, South Africa and Kenya – believed to have the most developed cinematic, audiovisual industries – Netflix’s most recent funding initiative will see six African screenwriters handed $100,000 (about sh360m) each to reimagine African legends/heroes.

Young filmmaker Ronnie Mubiru says Ali’s movie making it to Netflix will open the door for other filmmakers.

“People have not been taking Ugandan movies seriously and consequently little money was invested into Ugandan film,” Mubiru says. “This move will open doors for better films,” he adds. “I have followed Ali’s career for a while, he has persevered, evolving year to year, learning more, getting better, and growing from strength to strength. Ali has, most importantly, shown us the importance of doing – many people have ideas, but do not have the faith that they can make it happen,” Mubiru says.

Another way to get your film noticed by Netflix would be to submit it to a well-known film festival. The company keeps a close eye on high profile film festivals and often buys movies directly from them. Ali’s films have been nominated in big name festivals such as Amakula International Film Festival.

Ali says the issue of consistency has hampered the ability of Ugandan filmmakers breaking out into global streaming platforms.

“I pitched The Girl In The Yellow Jumper to Netflix months ago, but they held onto it because they were hoping for more consistent output from Uganda,” Ali says. “That is why I invite filmmakers to the set while shooting, so they can learn more and we get more quality output from Uganda.”

He may not yet be a household name, but Ali has a devoted following, including a slew of big names from the First Son, Muhoozi Kainerugaba, to Uganda’s most acclaimed comedienne, Anne Kansiime. His fans are willing to wait months, even years, for each movie. From the reactions from those who have seen his work, Ali’s films stir a stronger sense of patriotism than all the civic classes musty breathed regime apologists can huff and puff.

The word ‘sorry’ could save minister Namuganza

Trial over Esther Nakajjigo’s death begins in the US

Day 2 of Lynette Xen’s pregnancy chronicles: I feel like eating a...