Kyagulanyi, who missed the burial on Friday (April 8), travelled to Gulu Saturday (April 9) in an effort to deliver personal condolences.

“Upon my return to Uganda last night, I travelled straight to Gulu to personally deliver my condolences to the family, the people and the leadership of Acholi. I was humbled to be received by the prime minister of Acholi this morning and hosted to lunch by the elders. Priceless,” he posted on his Twitter handle after meeting some regional leaders and NUP northern Uganda leaders. 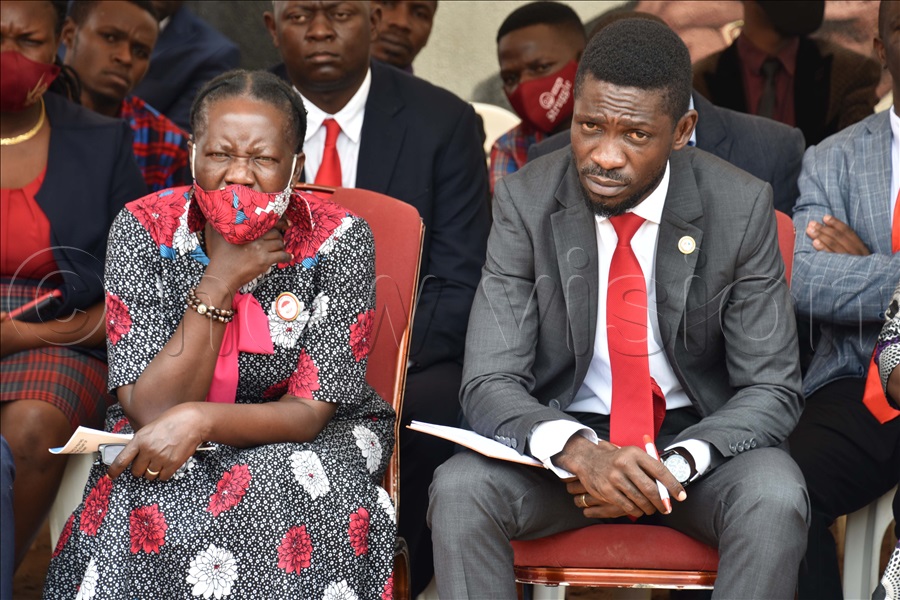 Kyagulanyi was hosted by former presidential candidate Olara Otunnu at his home in Gulu city.

The former Kyadondo East MP, who served in the 10th Parliament, where Oulanyah was his deputy Speaker, is expected to travel to Omoro tomorrow (Sunday, April 10) to commiserate with mzee Nathan L’Okori (Oulanyah’s father) and other family members.

Kyagulanyi has been in Geneva for a summit on human rights and democracy, where he was one of the speakers and returned Friday night at 10:00pm.

Oulanyah, who was also Omoro County MP, was laid to rest Friday in Ayomlony village, where NUP was represented by the Leader of Opposition, Matthias Mpuuga and other Opposition MPs.

Mental Health: Artistes to use Jazz music to create awareness

Bars should only open after 5:00pm, says Minister Muhanga

May the best win – Sasha Vybz on American award nomination